First, we ate and froze the kernels. Sunday, we used the husks to make Tamales. In the spirit of using the whole corn, I decided to try out a Corn Cob Jelly!  It sounds quite odd and perhaps off-putting, but I’ve been smearing it on toast this morning and watching in relative disbelief as my five and two-year old boys have been coming back for more!

When chatting with Farmer Jamie about the idea of posting a Corn Cob Jelly recipe, she recalled her grandmother making it in the past, and if she finds the recipe I’ll be sure we post it! 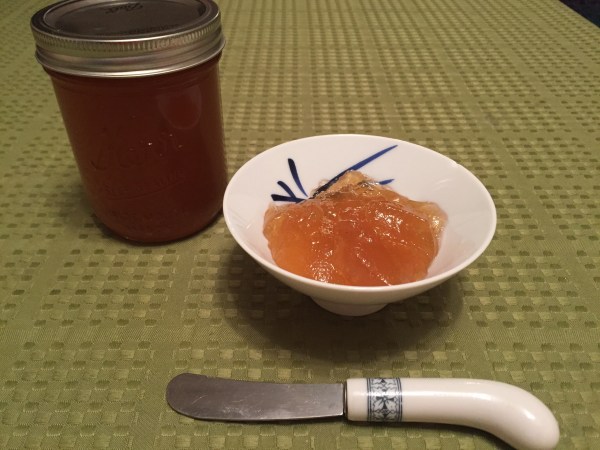 Today’s recipe is not a Jess original. As this was my maiden voyage with corn cob capers of this magnitude, I did not go rogue as I often do, and I did some research.  The chosen recipe that most fit my style of cooking was that of a lovely farmer and fellow food blogger Suzanne McMinn.  Many recipes called for food coloring, I wasn’t into that if it could be avoided.  Suzanne does a great job breaking down the process and making it simple. 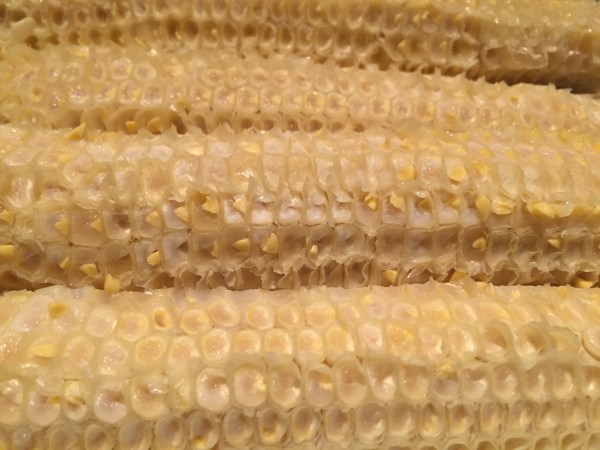 First, we start with the corn cobs! I had one dozen cobs left from a corn freezing session. Blanch the cobs for a few minutes, cut of the kernels and stick them in a freezer bag.  Then save the cobs for veggie broth, or this! 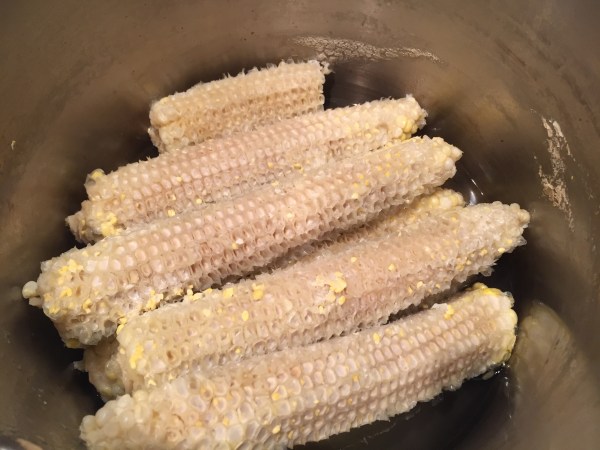 The dozen cobs were put in a large pot with 2 quarts of boiling water and brought to a rolling boil for 30 minutes, then removed. 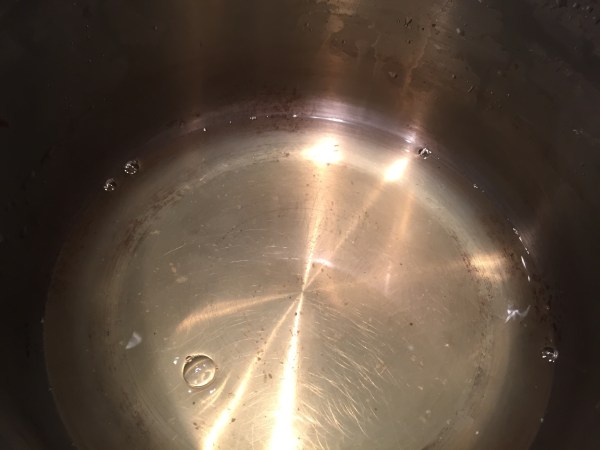 I chose to strain out the corn cob bits, (there were only a few as I clean my cobs pretty good when freezing corn).  About 2 cups of liquid were left when all was said and done.  I know Suzanne yields about 3 1/2 cups of liquid, so maybe I boiled it a little extra time? Tough to know – with the kids around, anything’s possible. 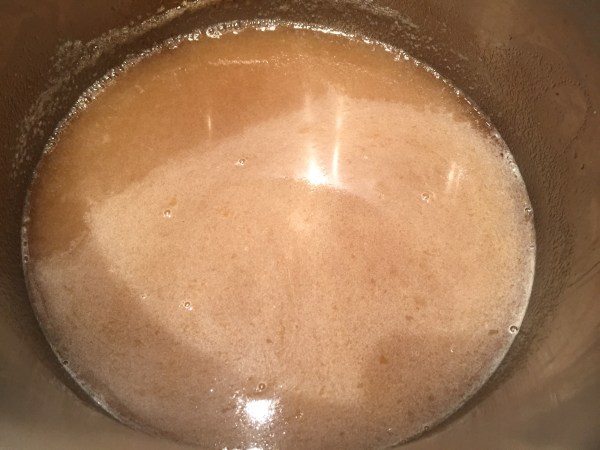 Once the water began to boil, I added 2 tablespoons lemon juice and a packet of powdered pectin. 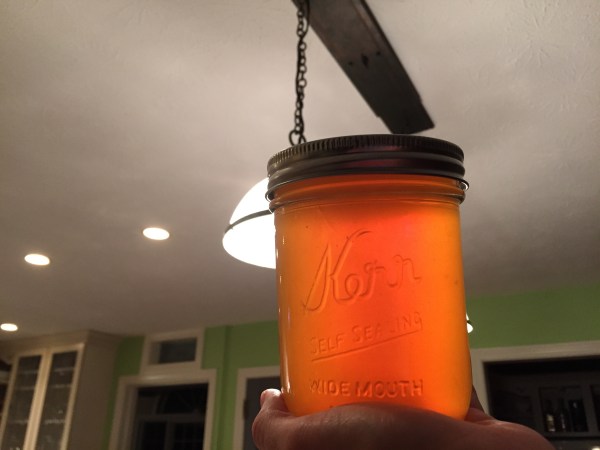 I stirred to dissolve the sugar while heating the liquid. One minute at a rolling boil and the liquid was ready to ladle into my jar for processing. (I had about enough for one pint and a bit for the fridge.)

For some reason the color of my jelly resembled more of a dark honey than yellow corn. I am not sure if it’s because my liquid was more concentrated, or perhaps because I added my sugar a little early. Whatever the reason, this stuff sure enough has a honey taste to it!  If someone served this to me and called it “honey jelly”, I would not think twice about it.

So there you have it!  Corn Cob Jelly. Who knew?  Many sincere thanks to Suzanne McMinn for the guidance on this one!  Please check out her site, she’s got some great stuff!

As so much of this week was spent featuring the corn, we have many other ideas highlighting some of the other CSA veggies in tomorrow’s “Honorable Mentions” post.  See you then, and as always, thanks for reading!