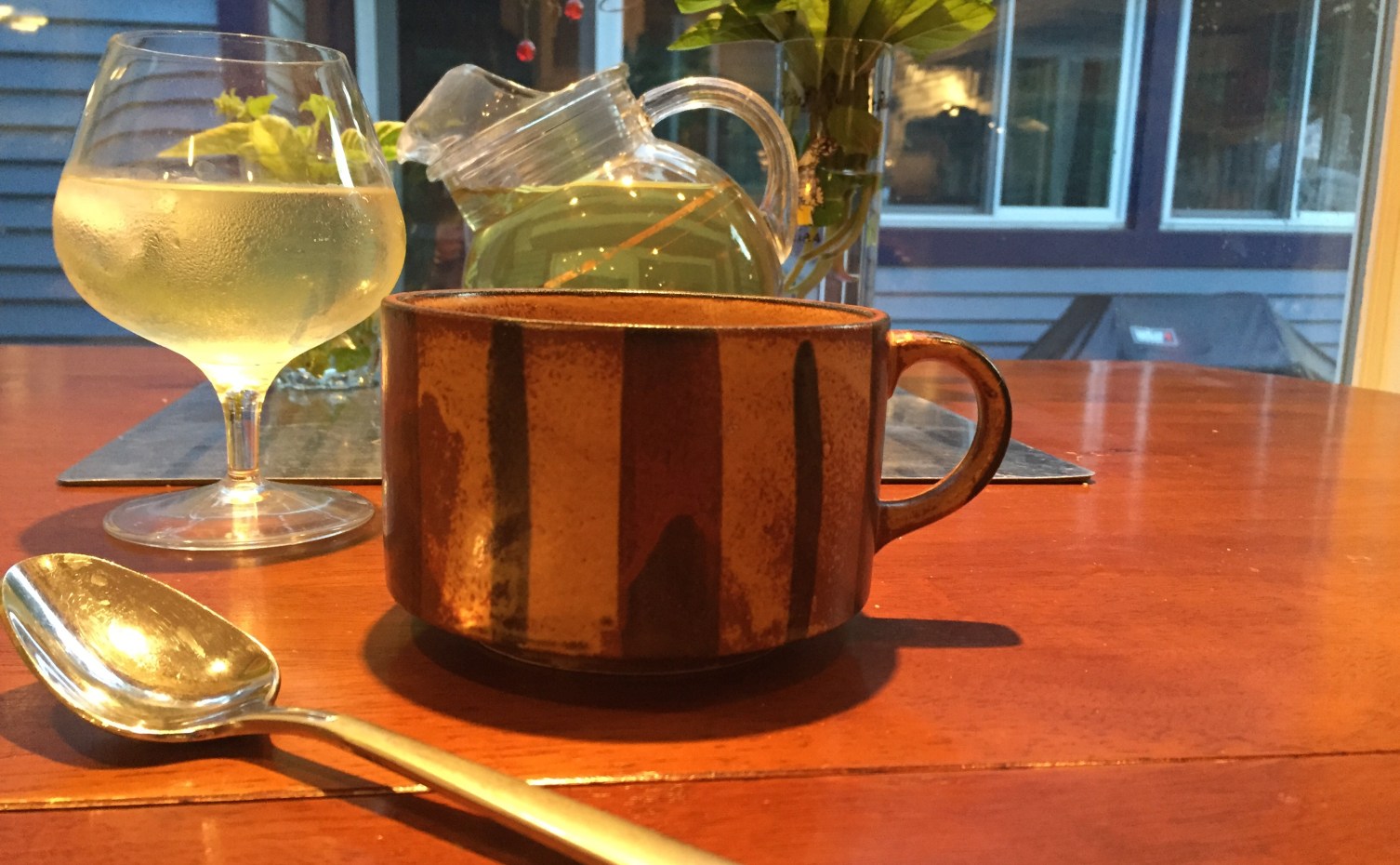 Happy Fourth, Everyone!  You might be wondering why I’d be cooking up chicken soup on Independence Day as opposed to the standard grilling fare. Truth be told, I’m off at a BBQ wedding for a dear friend today, so what you’re reading was actually last night’s meal.  (Oh, the magic of the Internet…)  Though this is a holiday, tonight’s recipe is not one to be missed!

I had the pleasure of chatting with Samuel at Springdell Farm on pickup day, he had picked these little beauties for us. (Photo credit to Farmer Jamie for this one:) 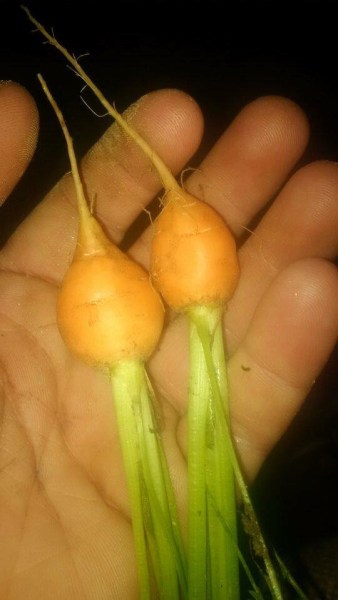 He admitted that he couldn’t help but munch on a few along the way. Given their sweetness, I can see why!  The first thing I did upon bringing them home was to separate the roots from the tops, always a good thing to do with a root veggie to keep the root from getting flimsy.

If these carrot tops were covered in pesticides or other chemicals, I might opt to not use them or soak them in a vinegar solution before using them. Given that’s not the case, I felt ok with a thorough washing.  I set a few of the most tender ones aside for later… 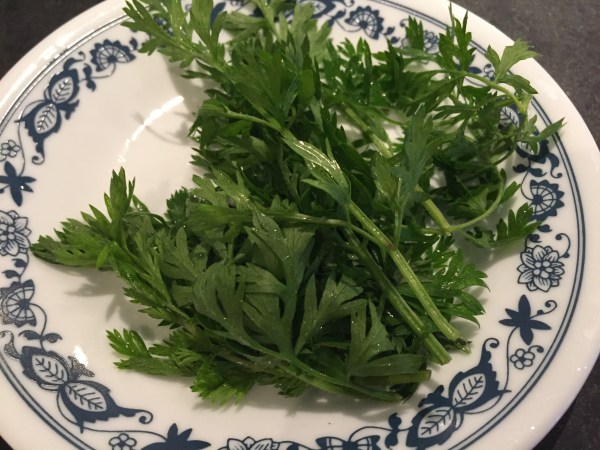 Next, I placed them in a pot of boiling water (removed from heat) with just enough to cover the greens, (about 1 quart per bunch).  I might have opted to coarsely chop them before this step, releasing yet more flavor into the tea. 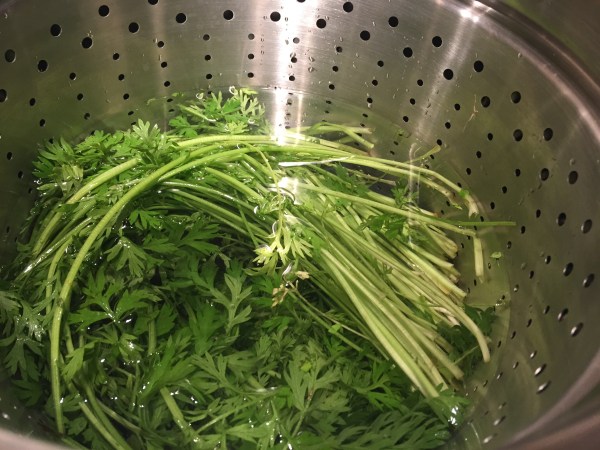 The trick with the tea is to steep it long enough to impart the flavor of the carrot tops into the tea but not too long where the flavor becomes slightly bitter.  As the tops cool down in the water, I usually give it a taste every 10-ish minutes until it’s room temperature or otherwise to my liking.  Flavor varies depending on the variety and freshness of the tops.  The tea can be served warmed up, or my favorite way, ice cold. 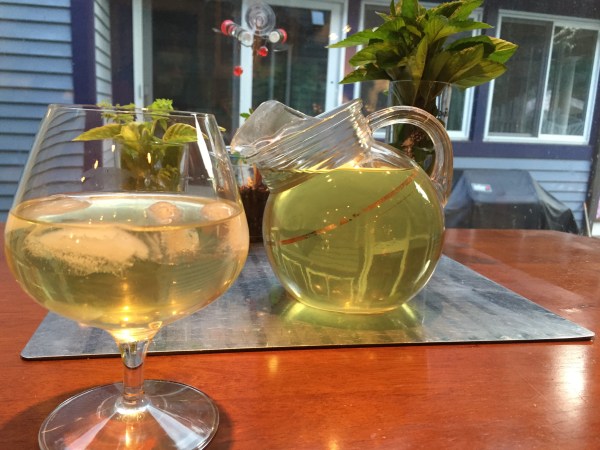 The rest of the tops went into a soup!  I started with a small onion and a clove of minced garlic.  Once soft and fragrant, I added in some of the carrot “bombs” and sprigs from the tops, a Parsley Soup Kit made during the Winter CSA, and a soup-sized block of frozen Springdell celery from the end of last Summer’s CSA. A block of homemade chicken broth, chicken stock, and veggie broth melted into the pot as well. 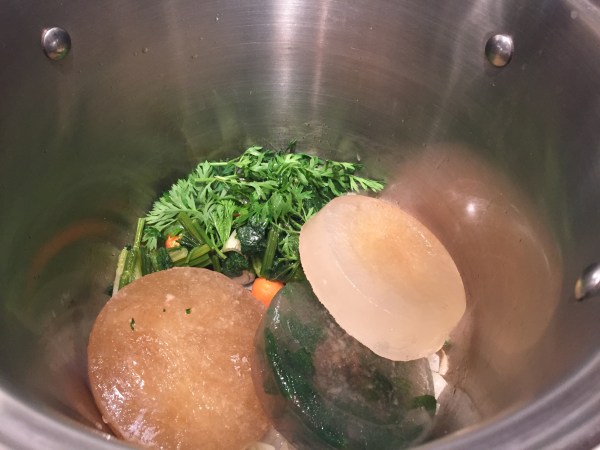 A little salt and pepper finished off the many subtle flavors collected in this savory soup.  Finally, I added some frozen and shredded chicken from last Sunday’s chicken leftovers. 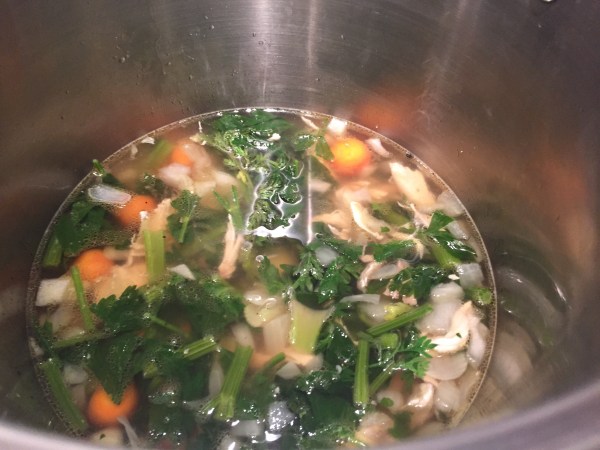 A simmer to combine the flavors and this easy peasy soup tasted like I slaved for hours. 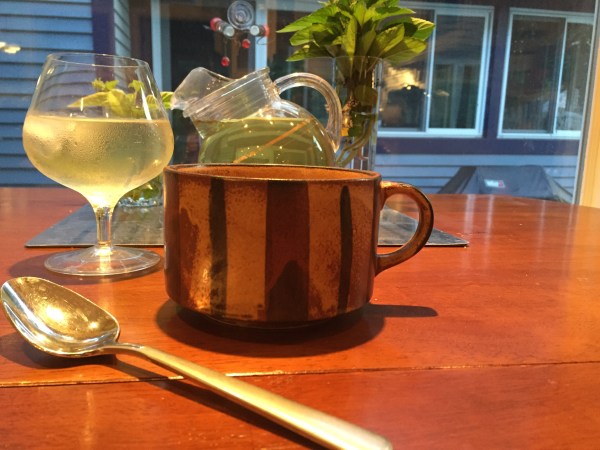 A simple and yummy dinner all around.  Thank you, Springdell!