» Jump to recipes using Peppers as an ingredient 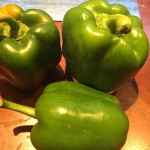 Bell peppers come in many colors such as green, red, orange, yellow, even purple.

Bell peppers can be used raw in salads or crudites, or cooked in stir fry or with sausage, peppers can also be stuffed with almost anything or roasted.

Bell peppers can be stored in a plastic bag in the fridge, they will last 4-6 days. Green peppers will keep longer than other peppers because they are actually unripe red peppers.

Peppers are one of the few veggies that you can freeze up without needing to blanch first.  Ensure they are clean, chop, prep and freeze to enjoy later!  They won’t hold up for use in salads, but are great for stir fries and sauces. 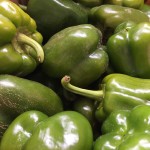 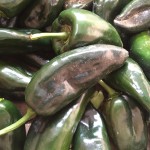 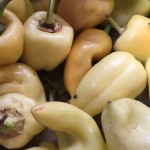 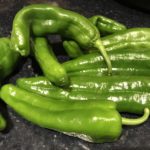 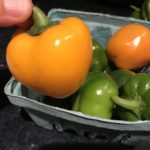 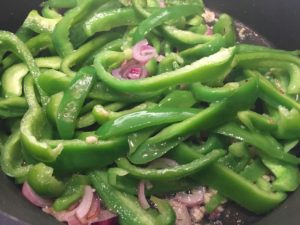 What to do if you’re overwhelmed with peppers?  Roast them!  Our fellow blogger Tori Avey has a great breakdown of how to roast them up using different methods. 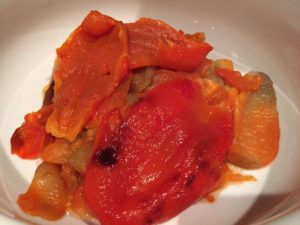 Pickling peppers is a fabulous way to enjoy them for a while.  Jess likes to do this with jalapeños and some of the hotter peppers mixed in. 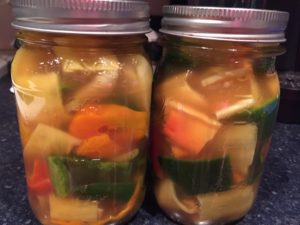 Not sure what else to do with the hotter peppers?  Hang them as decorations and let them dry out.  Eventually you can crush them and use them as a sprinkle on pizzas, in sauces, and wherever tickles your fancy. 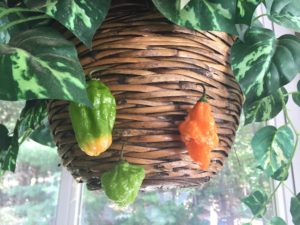 Hot Habañeros drying out for later use

Poblano peppers can have a bit of a thicker skin to them, and Roasting Poblano Peppers to a char, then rubbing off the skin is a great way to start recipes in which you are going to stuff them, such as Chile Rellenos (Jess’ absolute favorite), or with chicken and cheese.

A great comfort food to get you through the winter doldrums (or a depressing Superbowl). This is a very flexible recipe.  Turnips, small diced sweet potatoes, and carrots would also work as your primary veggies.  Substitute the beef for ground pork, chicken, goat (chorizo!), turkey or tofu (though I’d recommend adding the latter about 30 minutes from the end of cook time).  As always, make it your own!

This is a very flexible recipe, wonderful with charred poblanos or jalapeños, add some ground beef for an even heartier version. Tomatillos also work, but can be left out as well. With the base of the squash and the black bean, the rest is pretty negotiable depending on what you have on-hand to work with. Make it your own and enjoy!